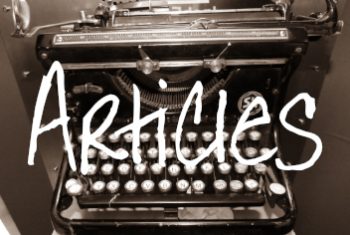 Always something interesting to read! Click on to this section, and find good reading material that we have enjoyed.

At the moment, the world doesn’t seem to know what has hit it. With all the science jumbled in with fake news and media sensationalism, nobody seems to know what’s going on. Predictive charts, maps and graphs show people’s expectations of how the rest of the year will pan out. But with constant updates and ever-changing statistics even these don’t seem to give us clarity on the situation.

Supermarket shelves are emptying as people stockpile in preparation for any eventuality; workers are being told to work from home and schools are shutting. We’re scrambling. We’re trying our best to cope with this problem so we can go back to the supposed “certainty” of everyday life. At some point, we’ve got to realise that we aren’t in control. No matter how much we think we are: God is.

God Knows The End From The Beginning

Looking at this mad scramble it’s clear that leaders are working to try and right this situation. The UK government is trying to “delay” the spread of the virus, whereas some other countries have gone into lockdown. People are trying various tactics to reduce the impact of the virus, trying to end it as soon as possible. All this makes me think of how little we really know. We don’t certainly know the cause; we don’t know the full consequences and we don’t know a cure. Yet, as Christians, we know the one who does. We can rest in the fact that God knows the end from the beginning and his purpose will stand (Isaiah 46:10). This means that, whatever happens, God is in control.

The beauty of knowing that God is in control is that we don’t have to be. We don’t have to scramble in the fear of uncertainty; we might not know the trajectory of the situation, but we’re certain that God does and we can rest in that.

Recently, I’d found myself checking the news much more often, just to see if anything had changed, and to see what more I could learn about the situation, but I had to stop. I had to stop and realise that it isn’t important for me to know about every change in an ever-changing situation. I had to realise that reading more and more about something everyone is unsure about wasn’t giving me clarity, it was just leaving me more unsure too. I should be looking to God and his promises, not the policies of each government.

The Purpose Of The Lord Shall Stand

I had thought, “this is going to be the best summer yet”. We had events coming up, people to see, things to do, and now those anticipated plans have been put into question. The potential for arrangements to be cancelled and things to not happen quite the way we’d planned has been an incredible reminder of many scriptures that teach us about the difference between the plans of people and the plans of God.

Proverbs 19:21 says: ‘Many are the plans in the mind of a man, but it is the purpose of the Lord that will stand.’ This clearly shows that whilst we may all have plans, goals and aspirations for this year and even coming years, our plans are never sure, because we aren’t the same as God. This reminded me of a verse in James that says:

‘You who say, “Today or tomorrow we will go into such and such a town and spend a year there…” yet you do not know what tomorrow will bring… instead, you ought to say, “If the Lord wills, we will live and do this or that.”’ (James 4:13-15)

James is echoing the words of the writer of Proverbs in encouragement to Christians to remember to honour God in our plans, not depend on ourselves and be sure that even if our plans fail, God’s plans never fail (Isaiah 14:24).

So, when the world is facing such uncertain times, let’s try to remember that we can find rest in the fact that God knows the end from the beginning and learn to make plans with the understanding that they only come to pass in the will of the Lord.

Pippa Woods is a Christian girl, currently studying for her GCSEs.

For it is by grace you have been saved, through faith—and this is not from yourselves, it is the gift of God.

It is through the grace of our Lord Jesus Christ that we are saved.

This site uses cookies tomake your browsing experience a bit faster and smoother. Is that ok? More info